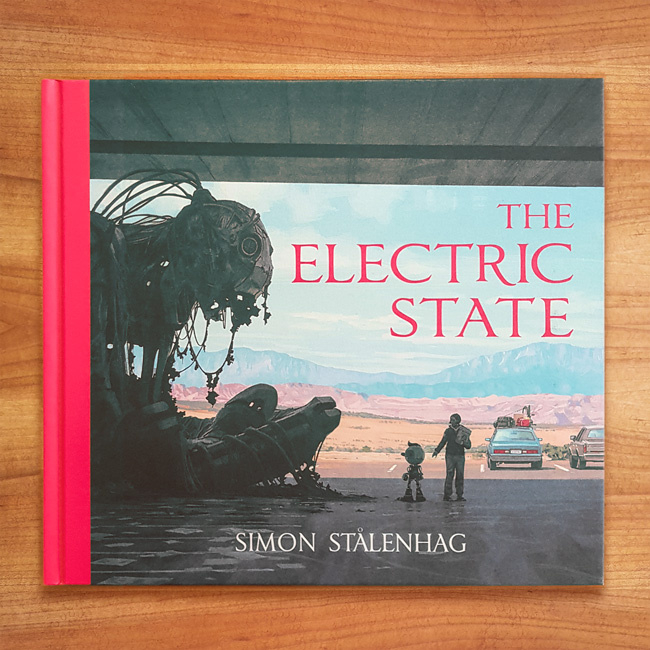 A teen girl and her robot embark on a cross-country mission in this illustrated science fiction story, perfect for fans of Ready Player One and Black Mirror.

In late 1997, a runaway teenager and her small yellow toy robot travel west through a strange American landscape where the ruins of gigantic battle drones litter the countryside, along with the discarded trash of a high-tech consumerist society addicted to a virtual-reality system. As they approach the edge of the continent, the world outside the car window seems to unravel at an ever faster pace, as if somewhere beyond the horizon, the hollow core of civilization has finally caved in.

Simon Stålenhag is the internationally lauded artist and author of Tales from the Loop, Things from the Flood, and The Electric State—the narrative art books that stunned the world with a vision of an alternate 1980s and 1990s where technology had invaded the tranquil landscapes to form an entirely new universe of the eerie and the nostalgic. He lives in Stockholm, Sweden.

"One part art-book, one part picture-book—the mundanity of everyday relationships play out alongside science fiction imagery that is as beautiful as it is unsettling." ― Waypoint