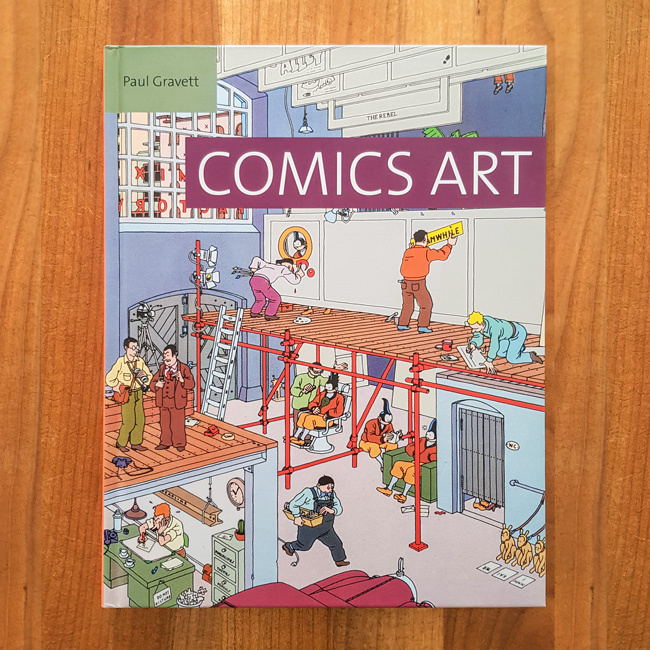 A fascinating overview of the history and influence of comics, ranging from the late 19th century to present-day graphic novels and the Internet

The narrative possibilities of comics art and the accessibility of the form have made it one of the more innovative contemporary genres. Self-publishing and the Internet have given rise to new, autobiographical forms and an increasing number of authors draw from outside the mainstream, whether sexually, ethnically, or politically.

In this richly illustrated and accessible survey, acclaimed author Paul Gravett considers the vast output of comics culture from the late 19th century to today, including syndicated comics, graphic novels, and contemporary art and illustration. From foundational masterpieces such as Rodolphe Topffer’s and Wilhelm Busch’s albums, George McManus’s Art Deco “Bringing Up Father,” and Alex Raymond’s “Flash Gordon” to the later retro stylings of Robert Crumb, Gravett considers lines of influence from around the world and examines how comics have shifted from supporting the status quo to becoming the voice of alternative subcultures. Gravett traces the major themes taking place in contemporary comics, noting the rise of publications that function as questioning, transgressive outlets for outsider stories and ideas, and includes the ways that folk art traditions are reinvigorating the form.