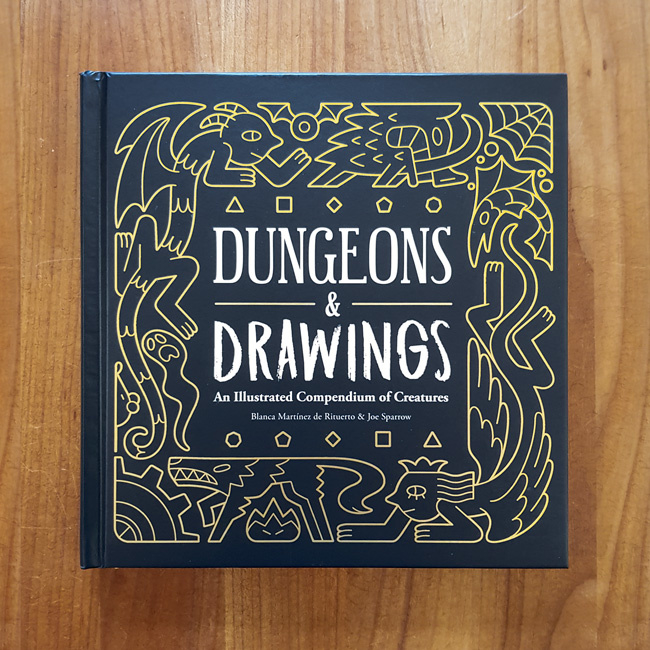 London-based animators Blanca Martínez de Rituerto and Joe Sparrow started Dungeons & Drawings in 2010 as an experiment. Fearful of not producing artistic work and becoming rusty, Blanca and Joe started the blog as an exercise. Once a week, they would go though the Dungeons & Dragons monster manual, pick a creature, and draw it. As a popular series sold at conventions and on Etsy, animators Blanca Martinez de Riuerro and Joe Sparrow have compiled three volumes into one deluxe edition. Each creature comes with a full-color illustration, a set of simplified statistics, a description, and a history section indicating its folkloric history and the scientific phenomena that may have influenced its creation.