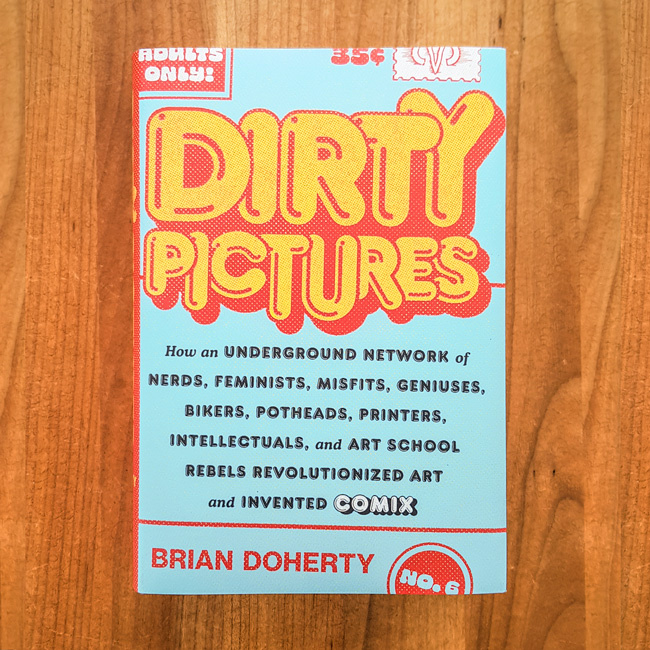 Comics in 1950s America consisted of righteous (super)heroes and comics with jokes that made your grandmother laugh. But in the course of the 1960s, a new generation of underground comic bookmakers were ready to undermine 'The American Dream' with satire, sex and shock.

Under the banner of 'comix', cartoonists such as Robert Crumb, Trina Robbins and Gilbert Shelton released comics with controversial topics such as sex, drug use, feminism, war and violence. Topics explicitly banned from mainstream comics under the infamous American Comics Code of 1954. Comix were often cheaply printed on outdated printing presses and found their way through a network of coffee shops, sex shops and street vendors. Because of their controversial themes, cartoonists often ran into problems with the police and censorship. Nevertheless, the movement left a lasting mark on comics and the visual arts.

In 'Dirty Pictures', author Brian Doherty bundled the origin stories of comix cartoonists with, among others, previously unpublished interviews with R. Crumb, Art Spiegelman, Trina Robbins, Spain Rodriguez, Harvey Pekar and Howard Cruse. The book is an exploration of the (American) underground comic, an art form that confronted people with new ideas about sex, race, gender, war and expression.