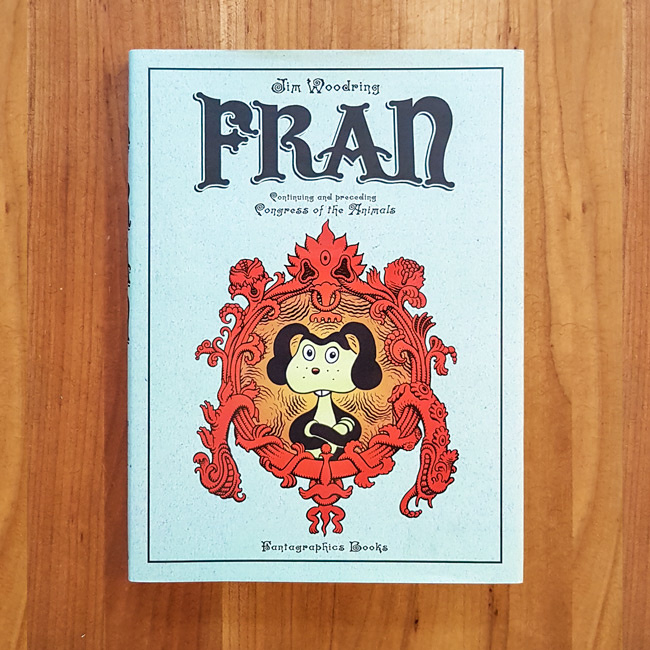 For the past 20 years or so, Jim Woodring's beloved trilobular chuckbuster Frank has enjoyed one mindbending catastrophe after another in the treacherous embrace of The Unifactor, the land into which he was born and from which escape seemed neither desirable nor likely. And then, abruptly, in 2011's acclaimed Congress of the Animals (the second Woodring original graphic novel, following Weathercraft) Frank did leave the Unifactor for uncharted lands beyond—where, after a string of trials, he acquired a soulmate named Fran. This development raised far more questions than it answered. Would Frank become placid and domesticated? Would he be jilted? Would he turn out to be a dreadful cad? Would he become a downtrodden and exhausted paterfamilias staring vacantly into the dimming fire of life as obnoxious grandchildren pulled his peglike ears and stole his porridge?

The answers to these fruitless speculations and many more are delivered in a devastatingly unpredictable fashion in Fran, which is in effect part two of Congress of the Animals. Fans of Frank, connoisseurs of bizarre romance, and spelunkers in the radiant depths of graphic metaphysical psychodrama will want to add this singular cartoon adventure story to their lifetime reading list.